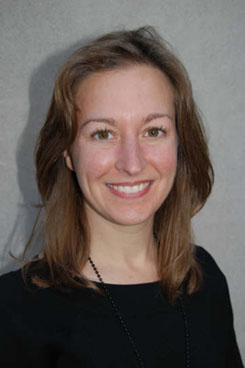 As a child and adolescent psychiatrist and neuroscientist with the University of Michigan Medical School, Department of Psychiatry, I have long been interested in elucidating primary neural targets to improve treatments for pediatric anxiety and depression. My neuroscience work has depended primarily on functional magnetic resonance imaging as a tool for elucidating the role of altered brain development in the expression of obsessive compulsive disorder (OCD) and other forms of anxiety in youth. From the earliest stages of illness, OCD is characterized by exaggerated concerns about the correct-ness of performance, leading me to explore how altered neural networks for performance monitoring contribute to the early course of illness (1K23MH082176, Dana Foundation Award, NARSAD Young Investigator Award). Results have led to a pre- to post-treatment fMRI study to test the extent to which enhanced neural capacity for performance monitoring underlies improvement in OCD symptoms and developmental sensitivity for hypothesized neural mechanisms of OCD symptom change (R01 MH102242). As a co-investigator, I have also contributed to study design, conduct, and data interpretation for my colleagues_ RO1-funded fMRI study of threat response systems in pediatric anxiety patients before and after treatment (1R01MH086517-01A2). Taken together, this work seeks to elucidate neural mechanisms of treatment response in order to pinpoint neural targets for novel therapy design. More recently, I have begun expand my focus on anxiety to include depression. In collaboration with my colleagues, Drs. Maria Muzik and Kate Rosenblum, we are using EEG to tap anxiety- and depression-relevant psychological constructs for effortful control, reward sensitivity and fear reactivity to establish neural predictors of risk for anxiety/depression in a pilot sample of young children with affected parents (2014 Brain Behavior Research Foundation Young Investigator Award) and clinically affected preschoolers (R03 MH102648), establishing a sample that we intend to follow in subsequent R01-level research to a) predict the course of internalizing symptoms in childhood and b) modulate neural markers of risk to reduce symptoms. Finally, I have begun to pursue a growing interest in the dissemination of existing treatments for anxiety and depression in young people through collaborations with school psychologist, Dr. Elizabeth Koschmann (UL1TR000433-06; Medicaid funds) and public health researcher, Dr. Daniel Eisenberg (UM GCRC Award). Taken together, this body of work aims to build interdisciplinary teams to elucidate developmentally specific biomarkers for pediatric anxiety and depression to inform novel diagnostic and treatment strategies for early onset illness, and to disseminate evidenced-based treatments for youth affected by these problems. My long-term career goal is for these interests to merge: with dissemination strategies providing the bridge over which neuroscience-based advances from labs like mine will flow into the community to promote resilience and recovery for children with anxiety and depression.