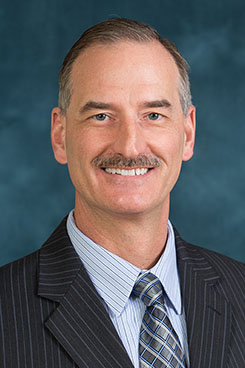 Dr. Shanley’s clinical interests include management of pediatric hypoxemic respiratory failure and severe sepsis and septic shock. His research activity is broadly directed towards improving our understanding of the molecular basis of those inflammatory diseases afflicting critically ill children, notably sepsis and acute lung injury by taking a comprehensive approach incorporating basic, translational and clinical science. Investigation in basic science is principally directed at understanding the role of protein phosphatases in counter-regulating inflammatory signal transduction. Additional efforts are aimed at understanding the role of Th2 cytokines, principally IL-10, in modulating the host response to viral infections in the lungs. On-going translational research, funded by the NIH, is directed at determining the role of post-translational histone modifications in mediating post-cardiopulmonary bypass and post-sepsis immunoparalysis. His clinical research efforts involve collaborative participation in the seminal study examining the genomics of pediatric sepsis using a microarray approach to determine the pattern of expression of over 30,000 genes in the context of septic shock. He is the PI for C.S. Mott Children_s Hospital clinical research site within the NICHD-sponsored Collaborative Pediatric Critical Care Research Network (CPCCRN) and is active in the Pediatric Acute Lung Injury and Sepsis Investigators Network. Nationally, he is the Secretary-Treasurer for the Society for Pediatric Research as well as the Federation of Pediatric Organizations and Chair of the Pediatric Research Foundation. He served as a permanent member of the NICHD Study Section from 2005-2009.